Skip to content
New Orleans Saints Quarterback Drew Brees put his foot in his mouth this week after saying that he “will never agree with anybody disrespecting the flag.” The quote is bad timing considering the death of George Floyd by the hands of a Minneapolis police officer and former NFL QB Colin Kaepernick’s silent kneeling protest.

While Drew Brees’ apology may have been sincere, J.R. Bang has some reservations. What will the future Hall of Famer’s actions after the apology? 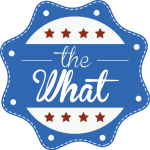